Posted on September 25, 2020 by Latest News and Photos from the Church of Ireland Diocese of Cork, Cloyne and Ross

On Sunday 20th September, Moviddy Union of Parishes in the Diocese of Cork held a united ‘Drive-in’ Harvest in Peter Hynes’ field opposite St Mark’s Church, Kilbonane in the village of Aherla, County Cork. 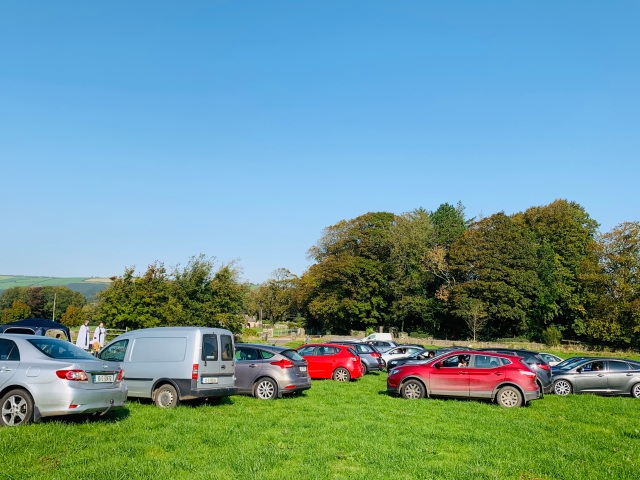 The weather was perfect and there was a great turnout.  The guest preacher was the Reverend Martin O’Kelly, rector of Kingscourt Union, Cavan. The priest-in-charge of Moviddy Union is the Reverend David Bowles, who is also Assistant Church of Ireland Chaplain at Cork University Hospital. 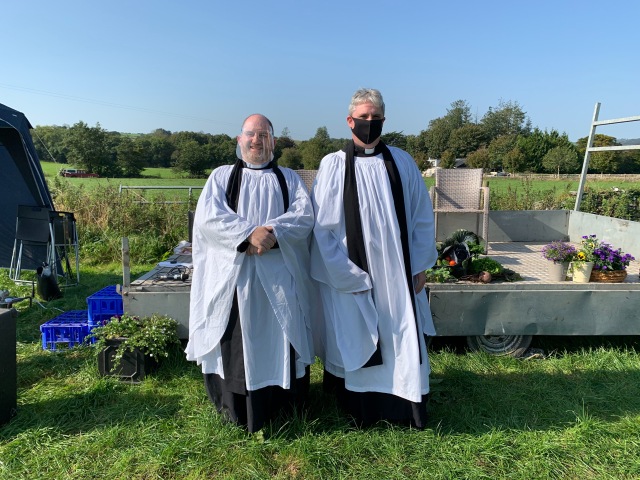 The Rev. Martin O’Kelly (left) and the Reverend David Bowles

Music was provided by Colin Nicholls on keyboard and his grandchildren, Alison on the flute and Shane on the guitar.

The musical Nicholls family with the Reverend David Bowles

Many parishioners worked hard to make the morning a success.

Music at the drive-in harvest

There was a collection of non-perishable goods in aid of St Vincent de Paul and Ann O’Flynn was present to accept them and say a few words of thanks.