Royal School of Church Music Awards for Choristers in Cork

Posted on March 19, 2020 by Latest News and Photos from the Church of Ireland Diocese of Cork, Cloyne and Ross

Seven choristers were presented with the Royal School of Church Music awards at the Eucharist Service at St Fin Barre’s Cathedral on Sunday 8th March. Five boys received the bronze award and two the silver award. The seven boys were examined in November and were assessed on their singing and associated musical skills such as sight reading and aural tests. The silver award candidates were required to give a short presentation on several aspects of church liturgy and how it links the music which they sing. Their marks reflect the hard work which they put in preparing for the examination and also the commitment and dedication which they have given to the cathedral choir over the years. 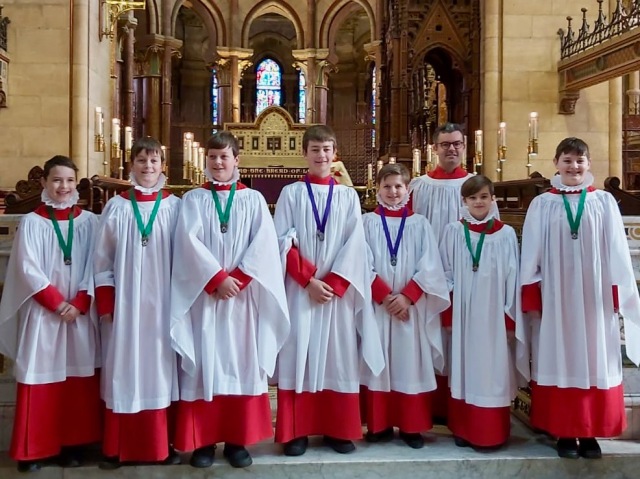