Posted on October 21, 2018 by Latest News and Photos from the Church of Ireland Diocese of Cork, Cloyne and Ross

Facilitated by the Department of the Taoiseach, there are, as required by the Lisbon Treaty, dialogues between the government of the day and religious entities about issues of mutual interest.  What is needed, I believe, and paradoxically, in order to achieve separation of church and state, is a structured dialogue about the more fundamental question of the Church-State relationship itself: an all-embracing, intentional, formalised, multilateral dialogue about this very fundamental and contemporary question and the dilemmas it is constantly throwing up.

This intentional dialogue is needed, he suggested, because too much of the ‘discourse is bluntly, or simplistically driven by megaphone non-dialogue on social media.  There the cry goes up ‘get the churches out of it all; it’s none of their business. But that is not what Separation of Church and State means.’  He continued:

My concern in Ireland is about how change is effected.  We tend, too often, to drift reactively into it. Typically, aggrieved people identify an injustice about which they feel strongly, and they protest and pursue change: a good example is the issue of admissions to schools and religious patronage of schools. Our institutions respond by finding a partial, often interim solution, but the underlying and fundamental approach, rationale or philosophy remains undefined.

He underlined that separation of Church and State, ‘does not, of course, mean no religion in the public space’:

We live in times of diversity, plurality  and freedom. Throughout Europe States have varieties of forms of relationship, formal and informal, with religions and religious institutions.  As has been pointed out by the European Consortium for Church and State Research, in the EU ‘there is always some form of cooperation or constructive co-operation.’  Some have formal concordats or agreement, many, such as Ireland do not, but in each one there is dialogue.

Concluding his address, Bishop Colton, referred to the linguistic origins of the word ‘minister’:

It is called ‘service’ – and that, of course, is the origin of the word ‘minister’ whether in the church or in the state – servant, even, in some translations – ‘inferior servant’  How far removed have we come from that?

This he said is the theme of the Gospel set for today when Jesus said:

‘But it is not so among you;

but whoever wishes to become great among you must be your servant,

and whoever wishes to be first among you must be slave of all. 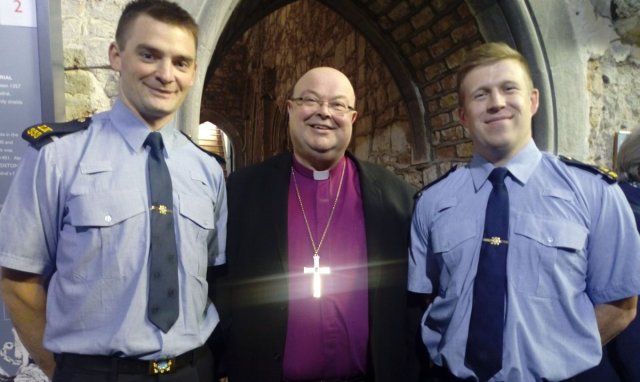 This entry was posted in Civic Service, Community Involvement, Contemporary Issues, Limerick, Separation of Church and State. Bookmark the permalink.
%d bloggers like this: