Funeral of former Governor of The Falkland Islands held in Bantry, County Cork

Posted on March 2, 2017 by Latest News and Photos from the Church of Ireland Diocese of Cork, Cloyne and Ross

The funeral has taken place in the Church of Saint Brendan the Navigator, Bantry, County Cork of Sir Cosmo Dugal Patrick Thomas Haskard, KCMG, MBE, who died recently  at his home at Tragariff on the shores of Bantry Bay, an ocean away from the Falkland Islands where he served as Governor from 1964 to 1970. 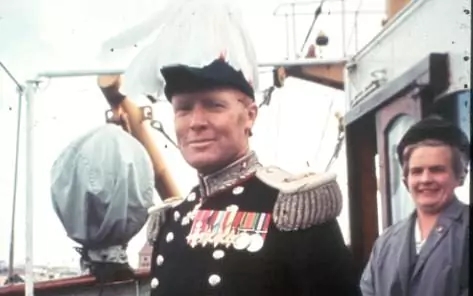 Sir Cosmo Haskard, arriving as Governor of the Falkland Islands in 1964.

Sir Cosmo died three months after reaching his 100th birthday last November. His health has been very frail for some time during which time he was cared for at his home by his dedicated wife, Lady Haskard, and a team of wonderful carers.

Sir Cosmo Haskard was born in  Dublin in November 1916 and was baptised at St. Patrick’s Cathedral. This was more by accident than design. His mother spent her ‘confinement’ in a Dublin nursing home as his father was serving  with the army in France at that time.

Following a childhood and early education which was spent mainly in England, he graduated from Sandhurst and then moved to Pembroke College, Cambridge where he studied modern languages. Following this he served in Africa during the Second World War. By this time his father had built a new family home at Tragariff and it was here that he spent his vacation time.

After the War he joined the Colonial Service and served in Africa where he met his wife Phyllida. He retired from the Colonial Service following his final posting as Governor of the Falkland Islands where he served from 1964 to 1970. He then moved with his wife, and son Julian, back to Bantry to begin a new phase of his life. 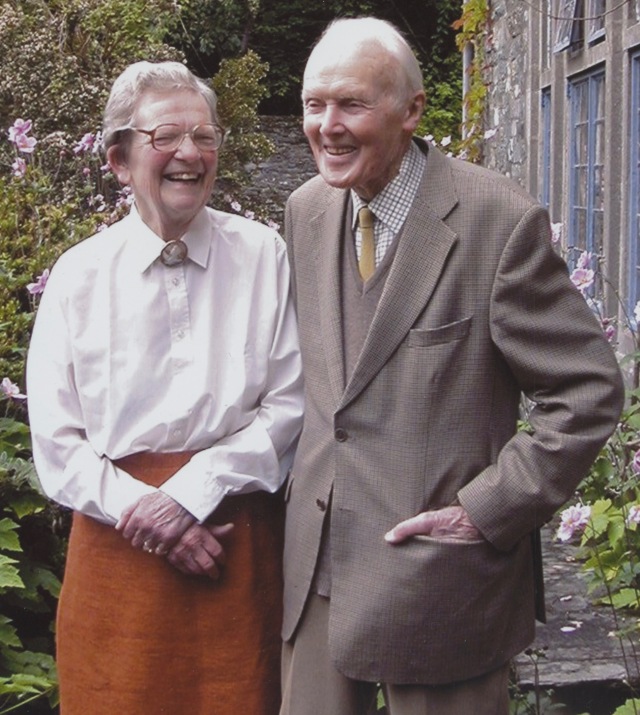 He will be remembered locally in Bantry parish for those 37 latter years. He became a dedicated parishioner of Snave Church, a member of the Select Vestry and served on the Cork, Cloyne and Ross Diocesan Synod as well as on the Diocesan Council. He loved the traditional language Book of Common Prayer and it was through him, and a small group of other faithful parishioners, that the parish were able to start an ‘early’ Sunday celebration of the Holy Communion. He was a beautiful reader of Holy Scripture. He will always be remembered for his reading at the annual Community Carol Service.

We have very many reasons to give thanks for his life. He will be remembered by all in this parish, and indeed in the local community,  as a kind, gracious and ‘gentle’ man. He was a devout communicant and faithful parishioner who showed a genuine, caring interest in everyone he met. It was this care about others that prompted a spontaneous response in many acts of kindness and generosity from the local community during the time of his frail health.  We extend our sympathy to Lady Haskard and to her  Julian, Michelle and their sons Cosmo, Piers and Hugo. May he rest in peace.

This entry was posted in Church Services, Cork, Diocese, Funeral in the Diocese, People from the Diocese. Bookmark the permalink.
Loading Comments...
%d bloggers like this: