Church of Ireland Parishes in Cork, Cloyne and Ross begin to Mobilise in Response to Refugee Crisis

Posted on September 19, 2015 by Latest News and Photos from the Church of Ireland Diocese of Cork, Cloyne and Ross

A number of Church of Ireland parishes in the United Dioceses of Cork, Cloyne and Ross have responded already to the unfolding refugee crisis in Europe, and others are actively making plans to reach out and help. 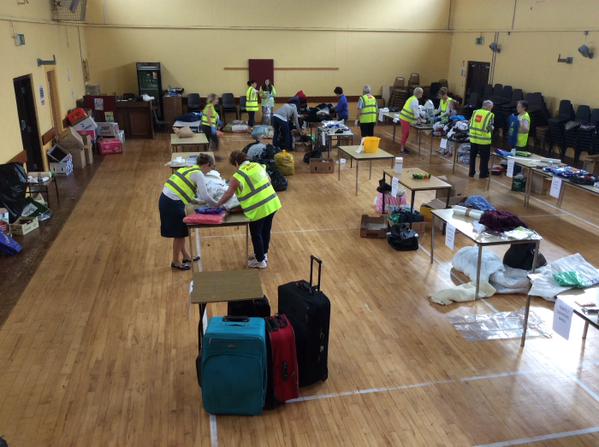 Community volunteers, including parishioners from Kinneigh Union of Parishes, sorting through donations at the BEDA Hall, Ballineen, for Syrian and other refugees.

In Kinneigh Union of Parishes (Ballineen and Enniskean, Co. Cork) forces have been joined with other churches, community groups and volunteers to gather and sort donations.  The organiser of all this in the locale is Kinneigh parishioner, Mary Cooper. Mary recruited the volunteers and mobilised them; an incredible amount of very generous donations were sorted, packed and ready for transport on the day by 5.30 p.m. The rector, the Reverend Stella Jones, speaking about the refugees’ desperate need for help,  is strongly of the view that working together like this is the way forward. She says::

Right now, people are getting together regardless of their creed, or lack of it, so we don’t need to label our charity.  The Church is only part of the people of God and in times like this, there is a wonderful spill over that mingles us all together in a way that I am sure God is truly delighted with!

Carrigaline Union of Parishes held a ‘Weekend of Activity’ last weekend in initial response to the refugee crisis.   On Friday 11th September, a prayer vigil was held from 8pm till Midnight in St Mary’s Church where people were invited to come and spend some time in quiet prayer.  During this period also the parish hall remained open to accept donations and supplies for the Cork/Calais Solidarity Group.   On Saturday 12th the supplies were sorted and bagged by the Woodworth family (Simon, Michelle , Alice and Sean) and three full carloads were delivered to the depot in Cork City.   On Sunday 13th a retiring collection was held in both St Mary’s and St John’s Monkstown (and there will be another collection next Sunday 20th). On 14th, the Monday Club gave up their normal ‘slot’ in the parish hall to host an ‘Afternoon Tea’  organised and inspired by Hazel Fleury and Mary Murphy and this initiative raised an astonishing €1,200 for Bishops’ Appeal in just two hours. 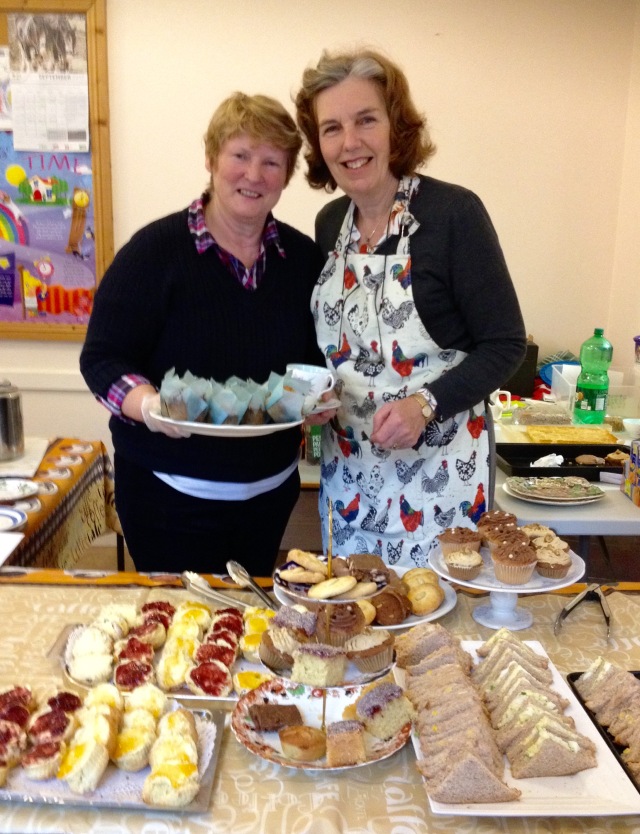 Mary Murphy (left) and Hazel Fleury of the Monday Club, hosted an afternoon tea which raised €1,200 for the Bishops’ Appeal

The Woodworth family gave up their Saturday morning to sort donations and supplies, and to deliver them to the Cork Depot for the Cork/Calais Solidarity Group.