Posted on February 22, 2015 by Latest News and Photos from the Church of Ireland Diocese of Cork, Cloyne and Ross 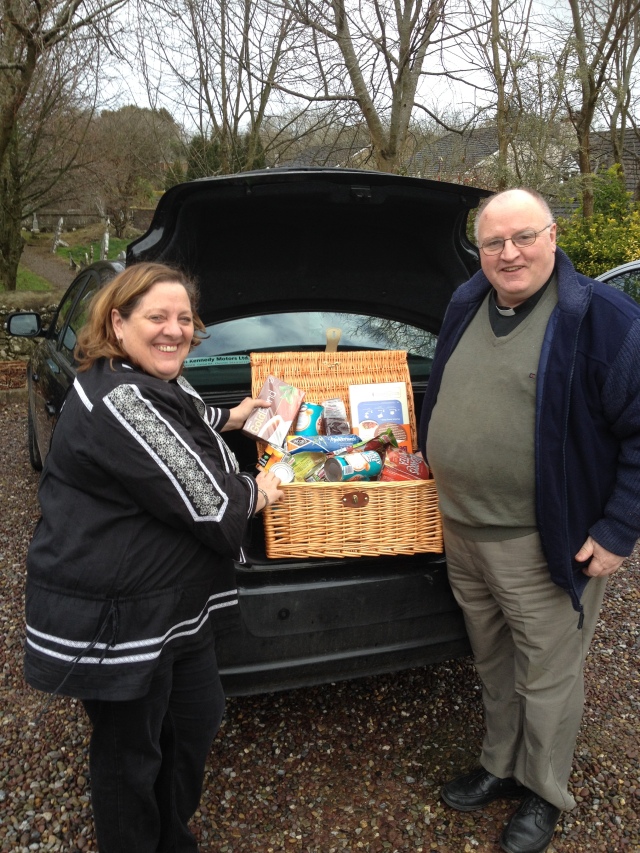 The Reverend Tony Murphy, Priest-in-Charge of Moviddy Union of Parishes hands over food items collected to the Reverend Elaine Murray, who had the idea of ‘Love your Neighbour on St Valentine’s Day.’

In Moviddy Union of Parishes (Aherla, Crookstown, Kilmurry and Macroom), for example, the Priest-in-Charge, the Reverend Tony Murphy, coordinated efforts and baskets of food items were collected.  The food collected by Moviddy parishioners was added to the items donated by the children of St Mary’s Church of Ireland National School in Carrigaline and delivered to Cork Penny Dinners.

Pictured is Rowland Newenham in the Canon McCrea Hall, Carrigaline, preparing to load up the many bags into his van for delivery to Cork Penny Dinners.