Posted on February 21, 2014 by Latest News and Photos from the Church of Ireland Diocese of Cork, Cloyne and Ross

Archdeacon Robin Bantry White was honoured by the Management and fellow Chaplains with a function at the Bon Secours Hospital Cork recently to mark his forthcoming retirement as Chaplain next week after fourteen years.  Today (Friday, 21st February) marks the start of a seven-day countdown to the Archdeacon’s retirement which will be marked by a number of farewell ceremonies including in the Parish of Moviddy Union, and the hospitals where he is assistant chaplain.  There will be a Diocesan farewell after Choral Evensong on Thursday, 27th February at 8 p.m. in St Luke’s Church, Douglas, Cork, when Robin Bantry White will preach at the conclusion of 35 years of ministry in the Diocese, including the last 20 serving as Archdeacon. 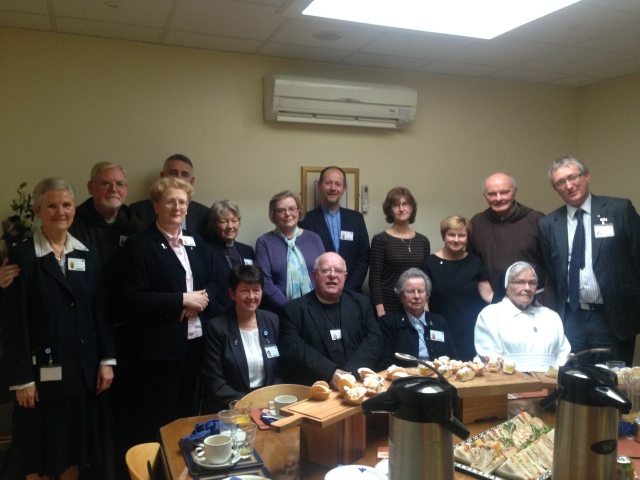 Speaking at the function Ms Anne Bermingham, Director of Pastoral Care paid tribute to Robin’s ‘caring and generous ministry’ with patients and in the Pastoral Care. Hospital Manager Mr Harry Canning thanked Robin for his many years of dedicated service to the Bon Secours Hospital, and wished Robin and his wife Faith well as they move to County Kilkenny.