Posted on July 6, 2013 by Latest News and Photos from the Church of Ireland Diocese of Cork, Cloyne and Ross

The Lapp’s Charity (one of Cork’s oldest housing charities which is operated by the Church of Ireland) recently said farewell and thank you to Paul Smyth who, for the last nineteen years, has been Warden of the charity’s sheltered housing complex at Hartland’s Avenue, Cork.

Bishop Paul Colton, who is Chairman of the Charity,  together with the Trustees held a lunch on Friday 5th July to honour Paul Smyth and his wife Gladys, and to thank them for all their faithful commitment and dedication both to the charity,  and also to the residents of Lapp’s Court.  Bishop Colton said that as his own parents had themselves been residents at Lapp’s that he knew ‘at first hand, how much the Smyths had done and all that they meant to each and every resident they had supported since they arrived in 1994.’ 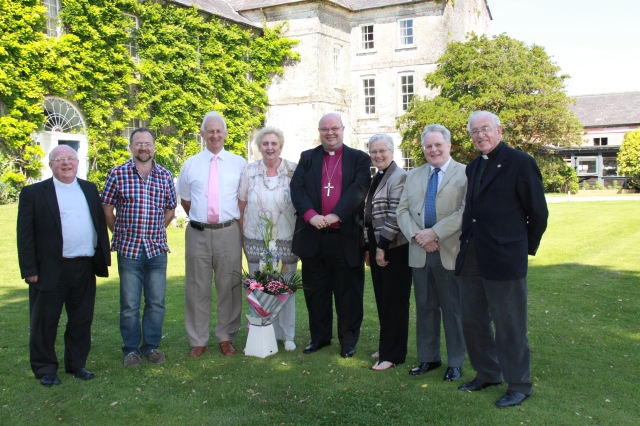 This entry was posted in Charities in the Diocese, People from the Diocese, Retirements. Bookmark the permalink.
%d bloggers like this: