Posted on August 4, 2014 by Latest News and Photos from the Church of Ireland Diocese of Cork, Cloyne and Ross 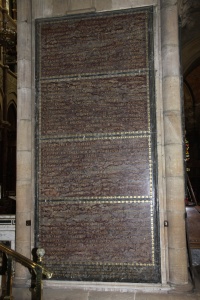 The War Memorial in St Fin Barre’s Cathedral, Cork – known as ‘The Heroes’ Column’ – like war memorials in other churches and public places throughout Cork City and County will provide a natural focus for centenary remembrance of the First World War, 1914-1918, and our prayers for peace, justice and reconciliation in our time.

The Bishop of Cork, Cloyne and Ross, Dr Paul Colton, and the Dean of Cork, the Very Reverend Nigel Dunne take the opportunity today, 4th August 2014, one hundred years after the outbreak of war, to ask for the help of the people of Cork and further afield to create a space of remembrance and prayer at the Cathedral War Memorial, which was also the principal memorial for the United Dioceses of Cork, Cloyne and Ross.

Both emphasise that ‘the primary focus of our commemoration today is to inspire us to work for peace, reconciliation and justice in our world now, as well as, in the context of this Cork Cathedral, to remember those from Cork who died in the First World War, those from this region who served, and those (of any nationality, of all sides in that tragic conflict) who are now living in Cork and would like their loved ones to be remembered in this way.’ 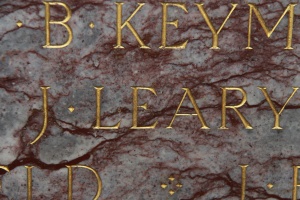 The Bishop and the Dean make an appeal:

“We want to create a visual memorial in coming months. Through old photographs we want to put faces on the human cost of war, on the names etched in stone, memories and hearts. Our plan within a place of prayer is to create a modern visual loop of scanned photographs. Photographs of these people frequently are stored away carefully and lovingly in family collections or in boxes of memorabilia.

The names on the memorial in St Fin Barre’s may be found here.

We are appealing, therefore, to the relatives and descendants of the Cork people who died in the war, Cork veterans, and people of other nationalities now living in Cork who would like their relatives who died or fought in the First World War either

To summarise what we are looking for: scans of photographs of the following (together with regiment, rank, nationality, where they are from, dates of birth and dates of death, where any of this information is available) of the following:

Again, the email address for more information or to submit photos is: CorkWorldWar1@gmail.com